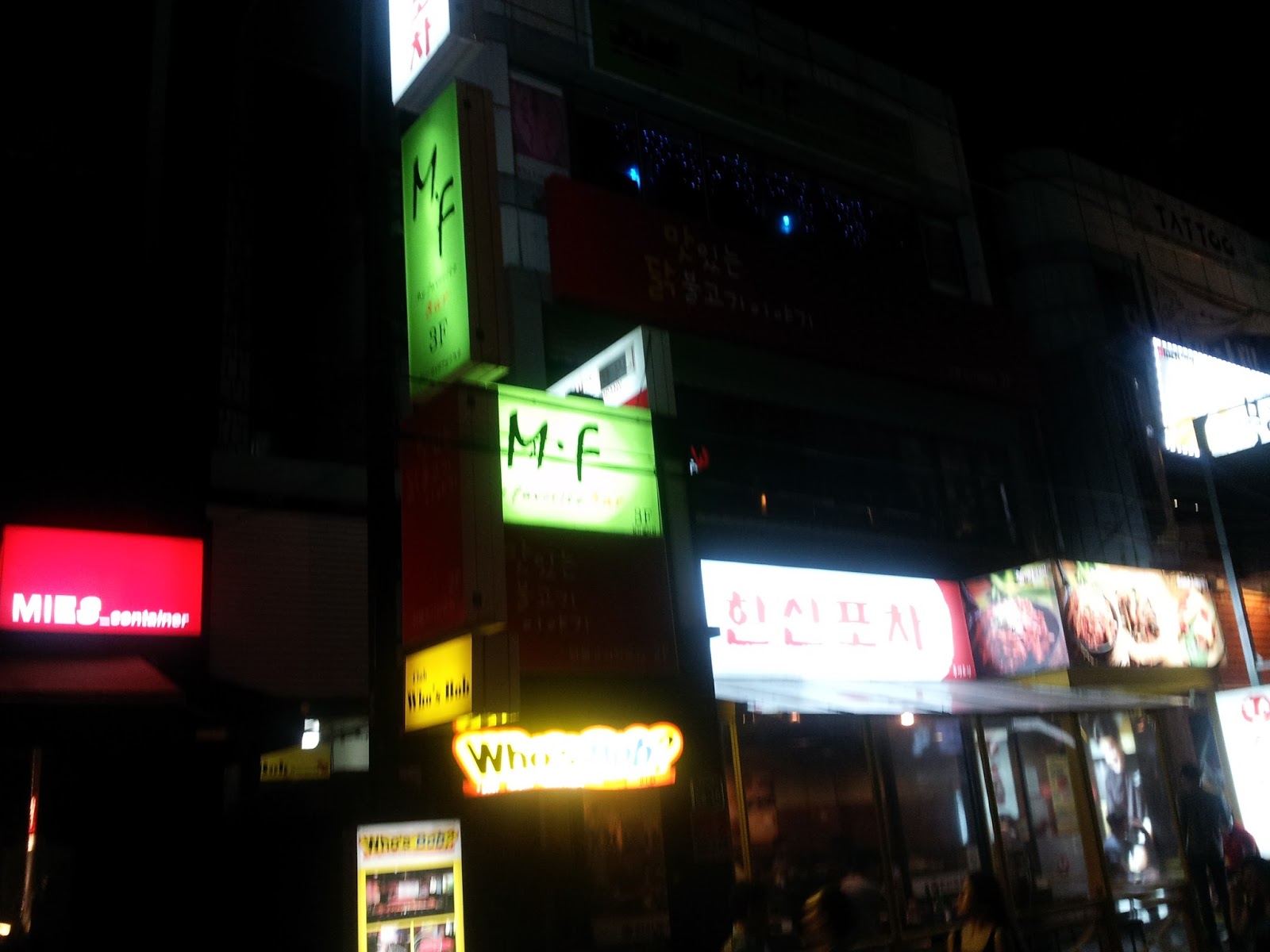 MF Bar is still relatively new on the nightlife scene compared to most of the other bars downtown. As you can see from the sign, the bar is easy to miss, the only other bar with less sign space on the bar street is Who's Bob. It has quickly gained a large following however, and the bar is also know for it's big birthday parties and events. This is not to say that the bar is without its faults though. 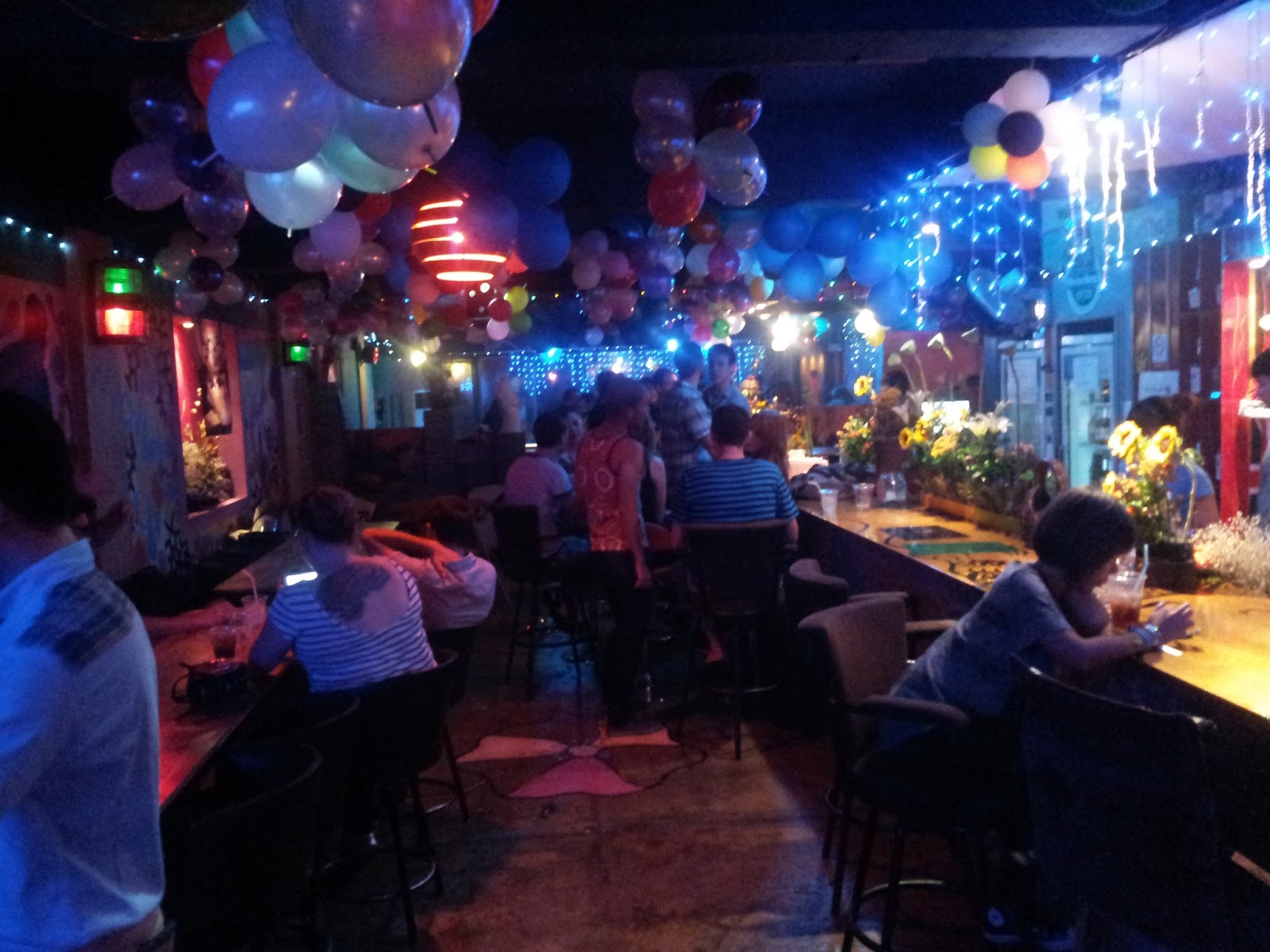 Inside the bar the atmosphere is very nice, it feels like a cool place to be. The bar itself is very stylish. It's slightly eclectic in a way that makes you feel comfortable. There is usually a decent sized group of people enjoying themselves and you are never made to feel unwelcome. In fact, I've met decent new people every time I've come here. The bartenders are quick and friendly as well. 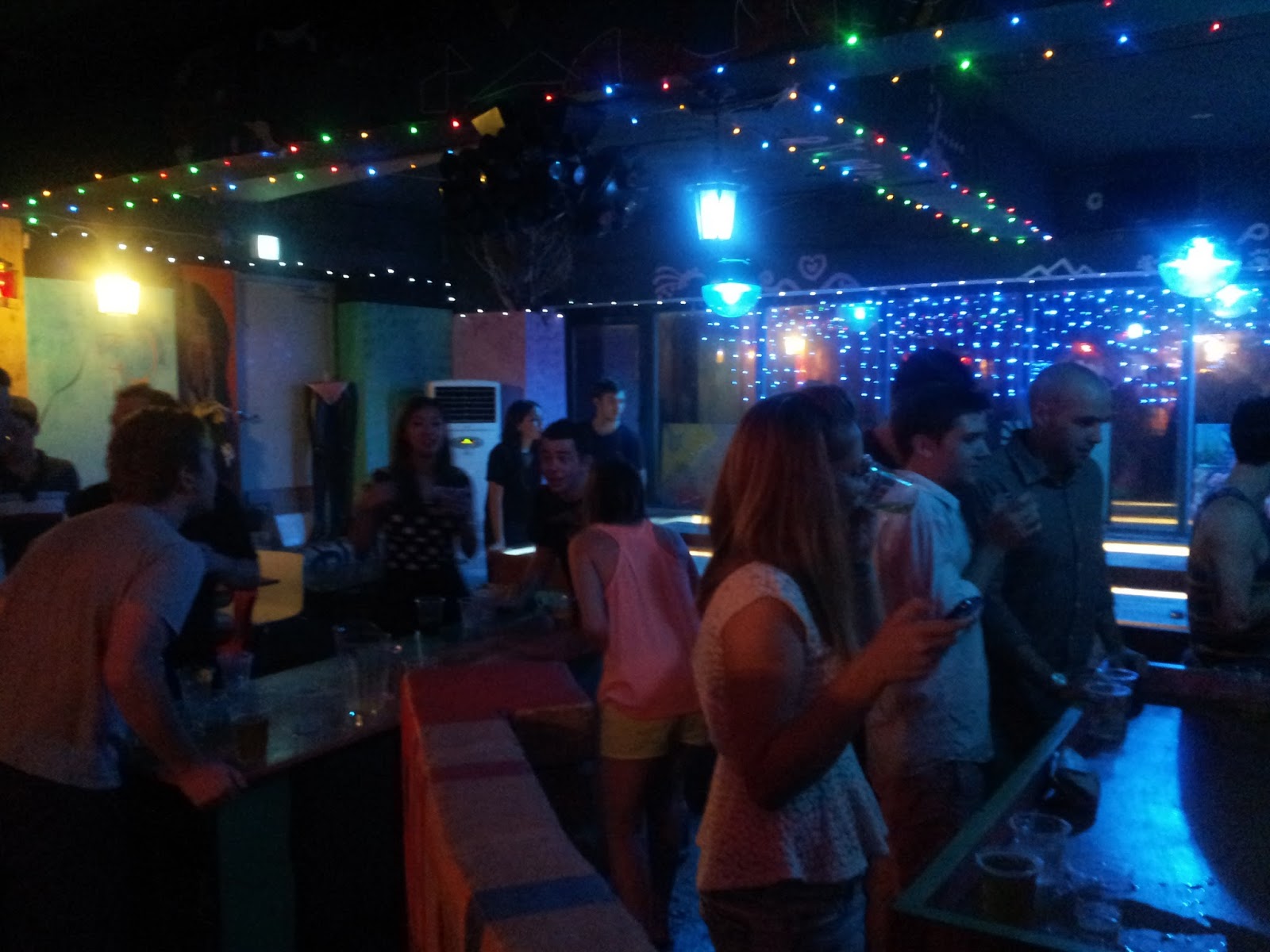 There is ample seating available at tables or at the bar, as well as a lot of standing space near the bar's shuffleboard and beer pong tables. It's also easy to have a conversation in the bar. This is one of the few bars too where the noise of the people inside the bar is louder than the music being played. For me, this is a great place for socializing. As for the music, it seemed to be mainly top 40... from about two years ago. I also don't know what was going on during my last trip there but the speakers sounded like they were underwater and some songs were close to unintelligible. This was a minor problem for me though, as I was there to talk to friends and meet new people. If you're looking for loud music head to the Ho bar, or Thursday Party. On to the much more egregious errors...


My number one biggest gripe with MF bar is the fact that they do not give drinks out in glasses. Everyone gets their drink in a clear plastic cup, cousin to the infamous red solo cup. This gives all of your drinks a slight plasticky taste to them (maybe it's the smell). Another thing that may be an issue for you is the smoking. Looking around I didn't notice any ashtrays, but I could smell the smoke in the room. I asked the bar if smoking was allowed and they said no, but then quickly said yes, and got me an ashtray: a clear plastic cup with some water in it. That's why I didn't notice the ashtrays. They were indistinguishable from the empty cups sitting at the tables. I'm sure that this has led to a few "oh shit" moments as people refilled what they thought was their cup with beer, or drank a cup of cigarette juice. Oh well, just be careful.

Final Review: 3.5/5     If you miss high school house parties, or college dorm parties (and that's not a bad thing), then MF has got you covered.

Location: MF bar is located on Dongseong-ro 3-gil on the third floor of the building next to Thursday Party. It's the same building that has Who's Bob in the basement. Here's a map.


View Dumb in Daegu in a larger map
Posted by DumbOne at 8:49 AM